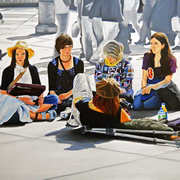 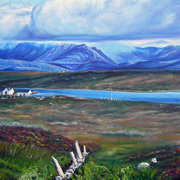 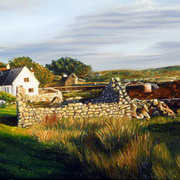 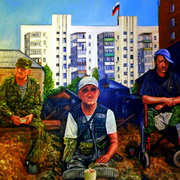 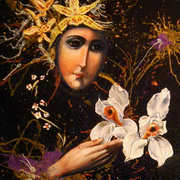 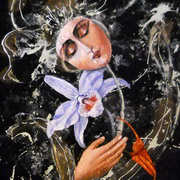 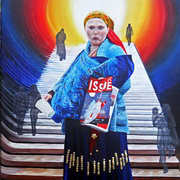 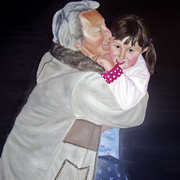 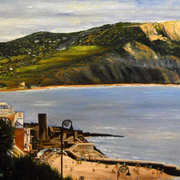 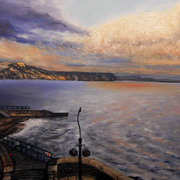 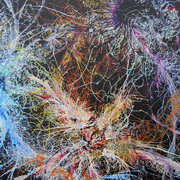 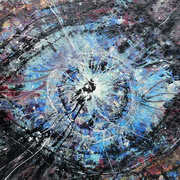 My name is Olga Weston (formerly Olga Nekolaevna Panchenko). I was born in 1972 in the Southern-Russian region of Krasnodar (Adagio) and I grew up in Rostov-on-Don. In 2000 I moved to the U.K.(Middlesex) and in 2004 moved with my family to Londonderry in Northern Ireland, where I presently live. I first developed an interest in art during early childhood. The first few years of my life were spent on my grandparent's farm, where I was free to discover all the wonders of the surrounding nature. I was fascinated by the beauty and the endless changes in the world around me and I was moved to try and recreate this in clay sculptures and drawings.

At the beginning of 2007 I joined the art class at the Void gallery in Derry, where I worked for two years, and took part in group and individual exhibitions. Over the years my style has become freer and I have embraced figurative, landscape and abstract forms.

2009-10 I completed L.3 BTEC foundation diploma in ART and DESIGN with distinction and had a group exhibition in North West Regional College. 2010-2012 completed L.5 BTEC higher national diploma in Fine Art and had three group exhibitions in NWR college and in the Context gallery in Derry (for which I received an award).

In 2013 I continued to produce 2d images, developing my style, taking part in online exhibitions, took part in a group exhibition in the London Street gallery (devoted to Turner prize 2013) Londonderry and have facilitated in abstract workshops (I find abstract art extremely therapeutic) at voluntary organizations for vulnerable people. Ihave recently completed a Creative Media course (OCN L.3) at the Nerve Centre in Derry.

Most recently, I have joined a small group of iconographers, where we paint traditional icons in the Greek/Byzantine/Orthodox manner have the opportunity to do something which is so very close to my heart.