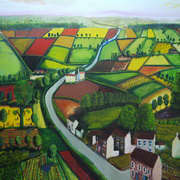 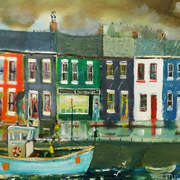 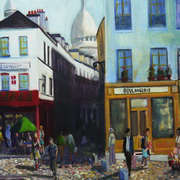 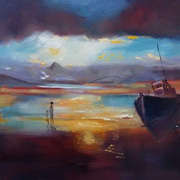 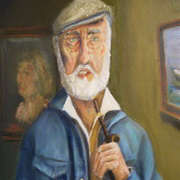 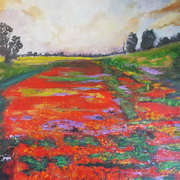 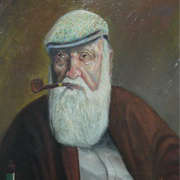 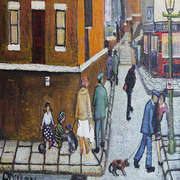 taking the wee dog for a walk, acrylics on canvas, 19 x 16 inches 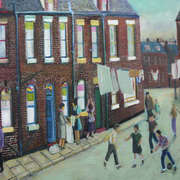 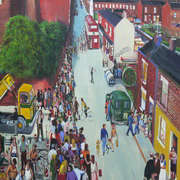 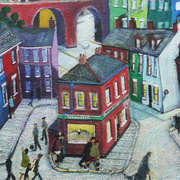 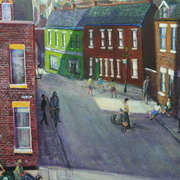 raceing green a day on the go carts, acrylics on canvas, 30 x 24inches

Peter Dillon, an Irish painter, originally from Belfast, has lived in Leeds since his late teens.

He started his artistic career in the mid 1970s building scratch scale models from raw materials Through this early art, Peter won many awards, including the prestigious Silver Medal for his models of WWII German Military Vehicles at the Royal Engineers Exposition.

During the late 1980s he developed his interest in computer graphics and animation, but over the last few years traditional painting has become his passion. A self-taught artist, with a unique talent, he draws his inspiration from a vivid imagination. With the ability to mentally photograph scenes and people, he then brings these images to life on canvas.

Through later studies at Leeds Art College he further developed his interest in painting, in particular figures and landscapes. He also takes a special interest in seascapes. The media that Peter favours are acrylics and oils with a penchant towards digital art using Photoshop.

In March 2011 and 12he held a solo exhibition in Leeds. Also won a award from the Cawood arts festival in Yorkshire