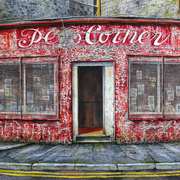 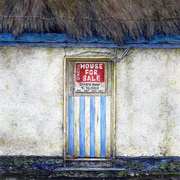 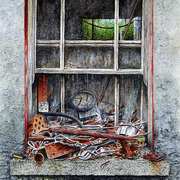 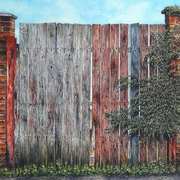 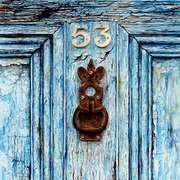 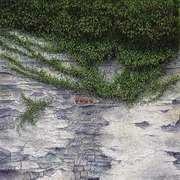 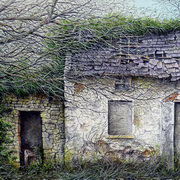 Where The Trees Live in Gweedore, Watercolour on paper, 29 x 39 cm 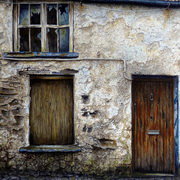 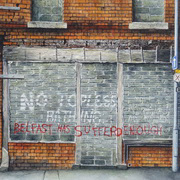 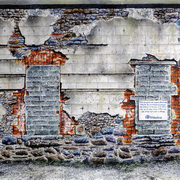 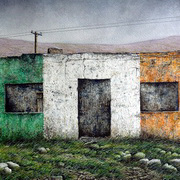 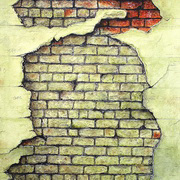 I am a professional artist with a studio based in Belfast's Cathedral Quarter, concentrating on the beautiful, but difficult, medium of Watercolour. The paintings are alive with colour and detail and generally focus on that which is generally perceived as drab, decaying or overlooked. I rarely paint well known landmarks or tourist attractions.

Although important elements, the work is not merely an exercise in nostalgia or historic documentation, but also, hopefully, a fresh way of looking at “everyday” places. Nothing is “normal”, everything is unique. Something of interest and beauty can be found almost anywhere.

An underlying theme is the effects of nature and decay on the built fabric of the North of Ireland. How neglect, vandalism and natural weathering has rendered once pristine surfaces into multi coloured and textured semi abstract artworks in themselves. Time and the Elements of Nature becoming its own Artist.

Alienation, confrontation, provocation, memories and legacies of "The Troubles" in Northern Ireland are present in the work. The effects of the destruction and redevelopment of Communities and Neighbourhoods in Belfast are also major influences. And sometimes I will make a painting of somewhere I have seen and liked, just because I want to...

I have had many successful solo Exhibitions, most notably in Red Barn Gallery, Belfast, in February 2012, where a 30+ year "retrospective" of my work based in the Shankill area of Belfast was received with both critical acclaim and commercial success. I've also held solo Exhibitions in distinguished local venues such as the Linen Hall Library and The Ulster Hall in central Belfast. Work has also been included in many prestigious Group Exhibitions and is available in several local Art Galleries. . The work has been the recipient of two Awards, "Best Watercolour" at Royal Ulster Academy, 2010 and "Best Townscape" at Ulster Watercolour Society, 2011.